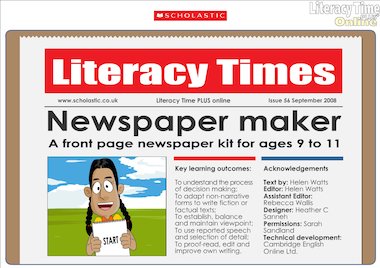 This exciting interactive resource enables children to design and create their own newspaper front page, writing up three stories from a set of reporters’ notes and quotes. They will need to choose which story to lead with and think up headlines, choose a photo, and add a caption and byline.

Downloading to a PC

This item has 3 stars of a maximum 5