The Scene of the Slime

Try out these slimy KS2 science and English activities 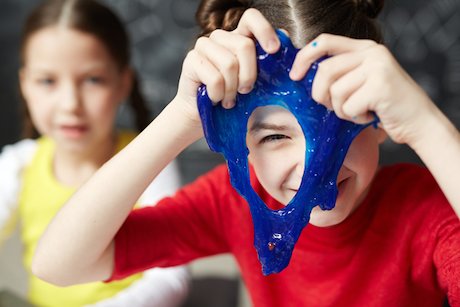 Read the The Scene of the Slime poem to introduce the slime and its mysterious appearance. Find out what the children already know about slime. Where does it occur naturally? Which animals produce slime? Have they ever played made or played with slime? 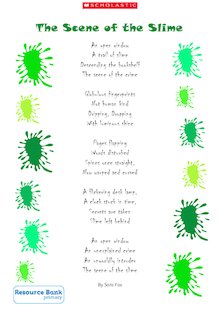 Show the children a copy of the Detective’s Notepad. Explain that a real police detective would record similar types of information at a real crime scene. Explain that gathering clues helps a detective to solve a crime because when a crime takes place things are often moved, changed or left behind.