Berlie Doherty’s novel Street Child is based on the true story of the orphan who inspired Dr Barnardo to set up his children’s refuge. The novel raises issues of poverty and child labour, and discusses themes like cruelty, injustice, resilience and humanity. 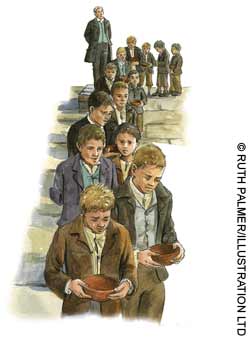 This activity focuses on chapter four, ‘The Workhouse’. This activity can linked to the activity Street Child, the play, which looks at the play adaptation of the story and compares it to the novel.