Anthony Horowitz is one of the UK’s most popular children’s authors. His successful novel Stormbreaker has a boy-friendly, James Bond style plot, centring on 14-year-old Alex Rider, who is transformed from schoolboy to super-spy.

In this extract from Chapter 6, Alex meets Smithers, who equips him with secret weapons. The text provides a useful opportunity to explore the use of dialogue, while the additional on-screen film clips allow for comparison of dialogue in text and film. 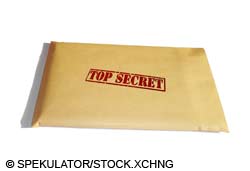