Teach your children about politics with our new series of lessons. 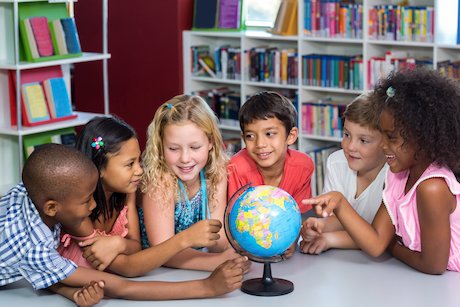 In this third feature, the main focus is on different political systems and how some of them have affected key events in world history. There is also a consideration of some of the big political issues of the day, including terrorism, freedom of speech, looking after the planet and immigration.

Throughout history, there have always been arguments about what kind of political system or government is best for a particular society. Who is to be in charge? How will they be chosen? How will ordinary people be involved in the political process? These issues have often resulted in governments evolving or changing over a long period of time, while in other cases it has happened suddenly when people have decided they have had enough of the current regime and decided to get rid of it. As a class, discuss examples from history (such as those outlined below).

In 18th century France, the king and his advisors ruled the country. One of the most famous absolute monarchs was Louis XIV (1643-1715). He made money by taxing people heavily and used much of it fighting wars to make France strong. He made sure France had the same laws throughout the country and crushed opponents who disagreed with him. To help ensure no-one plotted against him, he built a huge palace at Versailles near Paris and made all the important nobles live there with him. Sixty years later, when his descendant, Louis XVI, was ruling, the people of France decided they had had enough. Taxes were even higher and food prices were sky-high. In 1789 The French Revolution started during which the king, his wife and many nobles and important people were executed in the Reign of Terror. In 1792 France became a Republic, although it was many years before ordinary people got the vote.

Discussion points: Were the French people justified in starting a revolution? Was it really necessary to execute so many people? Did conditions really begin to improve for poor people after the revolution?

About two hundred and forty years ago, Britain had complete control over the colonies they had founded in North America. Many of the people living there, often known as patriots, said it was an unfair system to be ruled by a government so far away and wanted the right to govern themselves. The thirteen regions in North America, called states, started to disobey the laws and rules made by the British. In 1779 things came to a head and the American War of Independence began. The war was intense and lasted for seven years. Eventually the Americans won and they then had to choose what new system of government they wanted. They called themselves the United States of America and decided to have a President at the head of an elected government. One of the leading patriots, George Washington, became the first President and he has given his name to the USA’s capital city today.

Discussion points: What problems did Britain face trying to rule people on the other side of the Atlantic Ocean? Were the North Americans right to rebel? How many other states joined the original thirteen later to make up the United States of America?