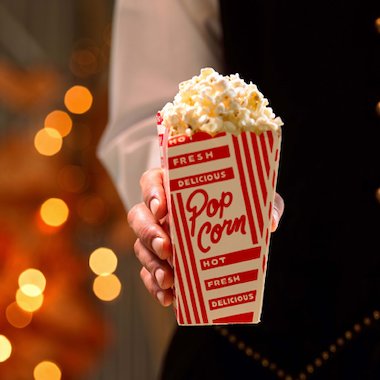 Transform your classroom into a cinema and invite your class to the movies. Choose a film that is relatively short (around five to ten minutes) and uses music or actions to tell the story. After viewing, discuss the film as a whole class. Encourage the children to talk about what they liked about the story and how it was communicated without the use of dialogue. Revisit key moments and focus on key elements such as the facial expressions.

End your Entry Point by playing a variation of charades. In small groups, give the children a prop (such as a hat or a box) and a story they have to act out – for example, the box is filled with magical dust that turns people into animals. The groups have to act out their stories without using dialogue. Instead, they must focus on facial expressions and actions to communicate their story. The rest of the class watch and have to guess what is happening. Ensure a big round of applause for each performance afterwards!

Play a movie clip that uses music to support an on-screen narrative. ‘The Sorcerer’s Apprentice’ segment from the 1940 Walt Disney film Fantasia is a perfect example. Invite the children to talk about how the mood of the music changes to reflect the action.

Now read a well-known story and stop at key moments in the plot. Discuss with the children what has happened, the mood of the scene and how the characters might be feeling at that point. Ask the children to suggest how they could represent that moment musically by picking from a series of prompt cards that represent such descriptions as loud, quiet, slow, fast and so on. Continue through the story. For each section that you pause at, invite the children to choose one of the cards and place it where it can be easily seen, building up a musical sequence as you move through the story. For example, slow, slow, fast, quiet, loud, loud, fast.

Now give the children a selection of percussion instruments. Reread the story. This time, when you stop at a key moment, the children should play their instruments in relation to the prompt card that’s been chosen. It may take several attempts to ensure that everyone is following.

The children can go on to write and illustrate their own version of the story. If possible, their artwork can then be scanned onto the computer and imported into PowerPoint. Using simple recording software, such as Microsoft Sound Recorder, the children can record their music and embed the sound files on each slide of their story to create an interactive musical storybook.