Why not take your class on a fantastical adventure down the rabbit hole with Alice? Talking caterpillars. Bizarre animals. Mad hatters. Tea parties. Potions that make Alice grow to the size of a giant. Playing croquet with the Queen of Hearts. In Wonderland, nothing makes sense any more. But seriously – who needs normal? 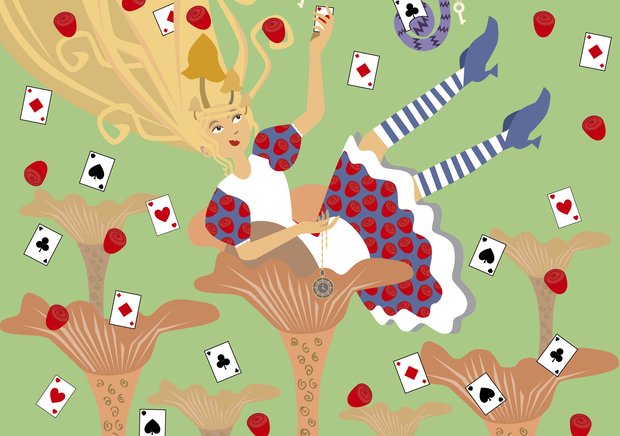 Use the information below to teach your class about Lewis Carroll as a significant individual from the past and to place events in chronological order.

Carroll was born Charles Lutwidge Dodgson on 27 January 1832 in Cheshire, the fourth child of twelve. Charles was home educated until the age of twelve when he attended Richmond Grammar School followed by Rugby School. A talented pupil, he excelled throughout his education, particularly in the area of mathematics. After achieving a first in maths from Christ Church, Oxford, he stayed on to study and teach at the college, becoming ordained as a deacon in 1861. Charles had enjoyed writing since childhood and, in 1854, his first short stories and poems were published in a magazine under the pseudonym Lewis Carroll. 1856 proved to be a pivotal year for Charles. Whilst pursuing his hobby of photography he met and befriended the college’s new dean, Harry Liddell, and his family. Charles and the Liddells enjoyed many days out on the river in Oxford and it was on one such excursion, in 1862, that Charles entertained the children with a fantasy tale about Alice, Liddell’s third daughter, and her adventures in a make-believe land. Alice encouraged Charles to write the story down for her, which he duly did, and a completed version of the tale was eventually published three years later with the title Alice’s Adventures in Wonderland. The sequel, Through the Looking Glass, followed six years later and both ‘Alice’ stories quickly gained popularity both in Britain and around the world. The Alice stories marked the start of a new era in children’s books which had previously focused on reiterating the harsh values of Victorian Britain. The resulting fame and fortune did little to change Charles. He continued to teach mathematics, writing letters and books on this subject and remained living at Christ Church until his death in 1898.
Member-only content